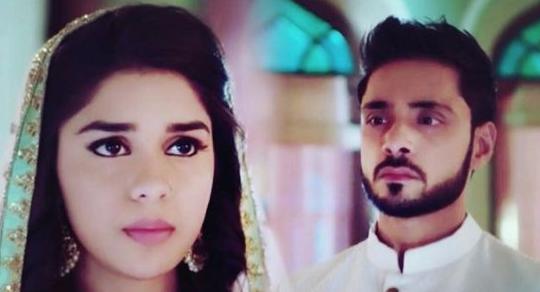 In Ishq Subhan Allah there are some fabulous secrets which gets decoded by Zara in lieu of Kabir’s hidden life in the upcoming episode.

Zara asks Kabir the hidden reason behind Kabir divorcing Zara all of a sudden in a night’s decision.

Zara’s question remains unanswered and also the second question makes Kabir’s nerves get wrecked off as Zara asks to give back Zara’s meher amount which Kabir had taken.

Kabir walks off the room as Zara gets petrified with Kabir’s this behaviour as Kabir would never leave a conversation half way.

Zara understands that Kabir is certainly hiding some secret and very important information from Zara which is equally disturbing Kabir from within.

It would be interesting to watch as to how would Zara decode the entire mystery and find out Miraj’s hand behind the issue?

Stay connected to know the actual case of Zara’s meher amount getting misplaced.