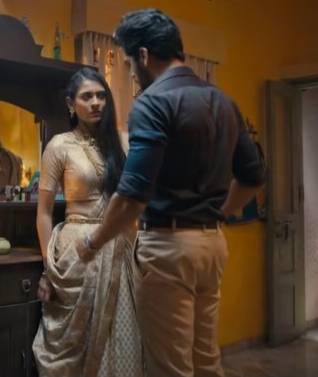 It was seen that how Raghav ruined Pallavi shop where Pallavi gets much frustrated with this but planned to stand against evil Raghav .

While further Pallavi planned to enter in Raghav house to sell her sarees there while Raghav is much irked with all this.

However where further Pallavi assumed that Raghav is trying to get close to her while Raghav on other side gets close to lock Pallavi saree hooks.

Amid all this Pallavi assumes that Raghav is the major reason behind all the mishap that she faced.