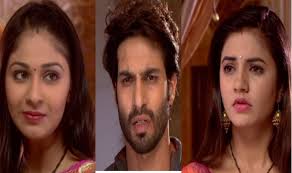 Udaan daily soap show is up with some more high voltage drama on Colors.

As we know that evil Imli has entered in the show to make Sooraj and Chakor’s  life to make it bad and worse like hell.

Saanvi’s caretaker is none other than Imli who had come to ruin their life with lots of trouble.

Amid all this Imli gives open challenge to Chakor, Imli planned to get Chakor's life thus getting suraj.

Imli confess that chakor’s family will be Imli’s famiy, Chakor’s Sooraj and Saanvi sets her own complete and happy family.

Where Chakor revealed this to Sooraj and she baffled on Imli.

It would be interesting to see that, how Chakor keeps Imli away from her family?

Keep watching this site for further development in the upcoming updates.