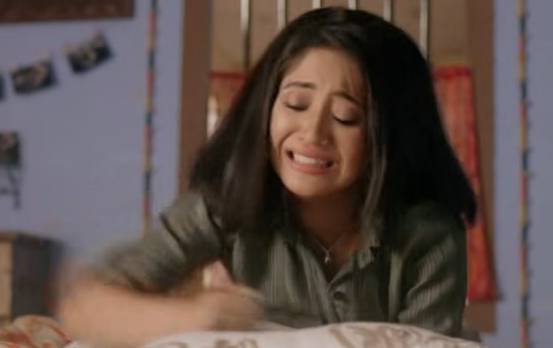 Yeh Rishta Kya Kehlata Hai is one the popular show of Star Plus casting Shivangi Joshi as Sirat and Mohsin Khan as Kartik in main leads.

As per ongoing track of the show Kairav condition is too critical where doctors wanted Kartik to bring Naira look alike.

While further Mowri is no more where Kartik brings Sirat back with him in unconscious state making her shocked.

However where further Kartik brings Sirat back where Sirat gets furious over him and pushed him hardly knocking him down the ground.

On other side, Kairav condition is too critical and Kartik is hurt that Sirat is not coming with him.

What will be Kartik and Sirat further drama?

It would be quite interesting to see what will happen next in the show YRKKH.

Stay tuned with us for more exciting updates and upcoming twists in show.