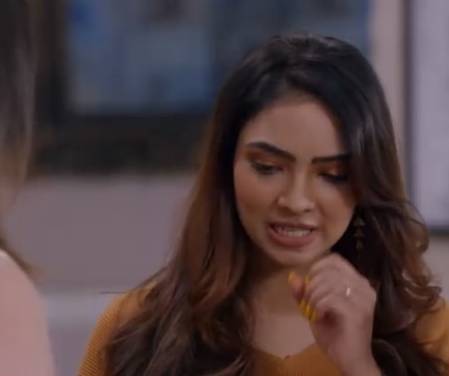 Kumkum Bhagya is one of the long running show of Zee Tv casting Sriti Jha and Shabbir Ahluwalia in main leads.

As per ongoing track of the show Tanu is planning to unite Rhea with Ranbir where she is totally aware of the fact that Rhea will get impressed post this.

Owing to which, Aaliya and Tanu made ugly plan to get Rhea and Ranbir hitched and then married.

Shockingly, Ranbir gets furious with all this at same refused to marry Rhea calling her ugly spat.

However where further, dejected Rhea entered Ranbir house while get shocked overhearing Ranbir talking with Prachi and decided to take revenge over the same.

What will be Rhea next move after all this?

It would be interesting to see what will happen next in show Kumkum Bhagya.

Stay Tuned with us for more exciting updates and upcoming twists in the shows.